The Studio Line was created for a client who wanted to cram as much track as possible into a shelf in his study.This project is being built in two parts: the first phase, shown here, consists of two separate loops on different levels with a ramp between. This is intended to be controlled by a single ZW transformer, two levers for the two trains with a selector to choose which lever controls which track sections, one lever to power the switches and one lever to power to the accessories.

Each level has a reverse loop(the lower one is hidden) and the lower level has a passing siding so it is possible to run trains up the ramp and down the ramp forward each way and to switch trains between the levels without removing them from the track. 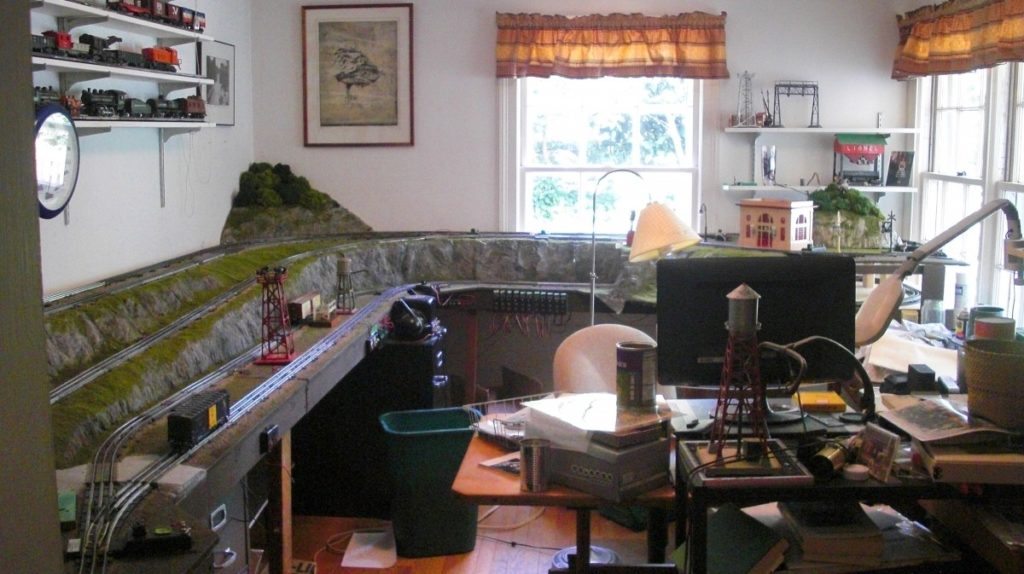 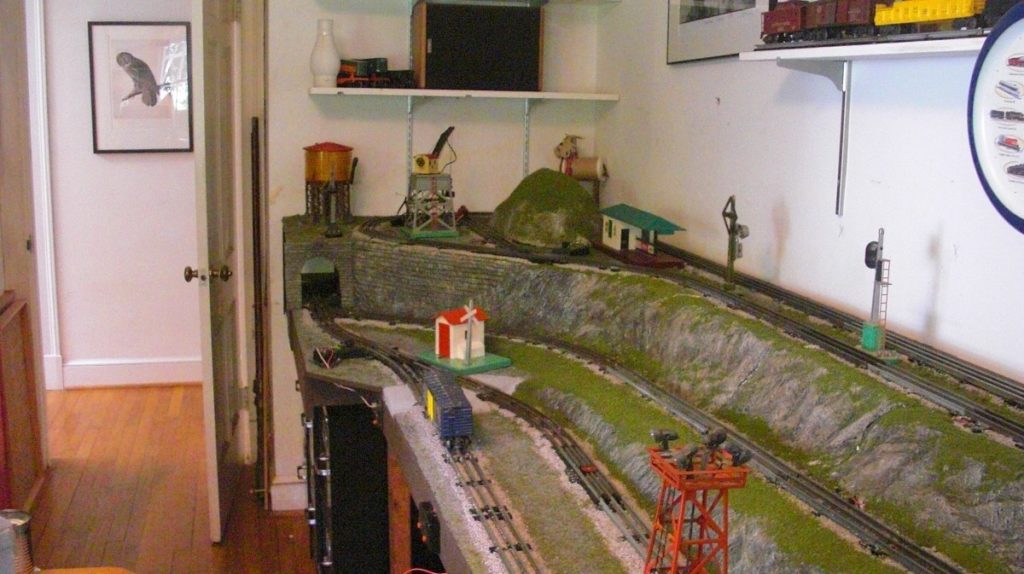 The layout has realistic ground and rock work plus a couple of wooded hills. Most of the rock faces are removable to reach hidden track sections and wiring. The client’s daughter will be painting a backdrop to wrap around the room. The stone retaining wall was hand carved. 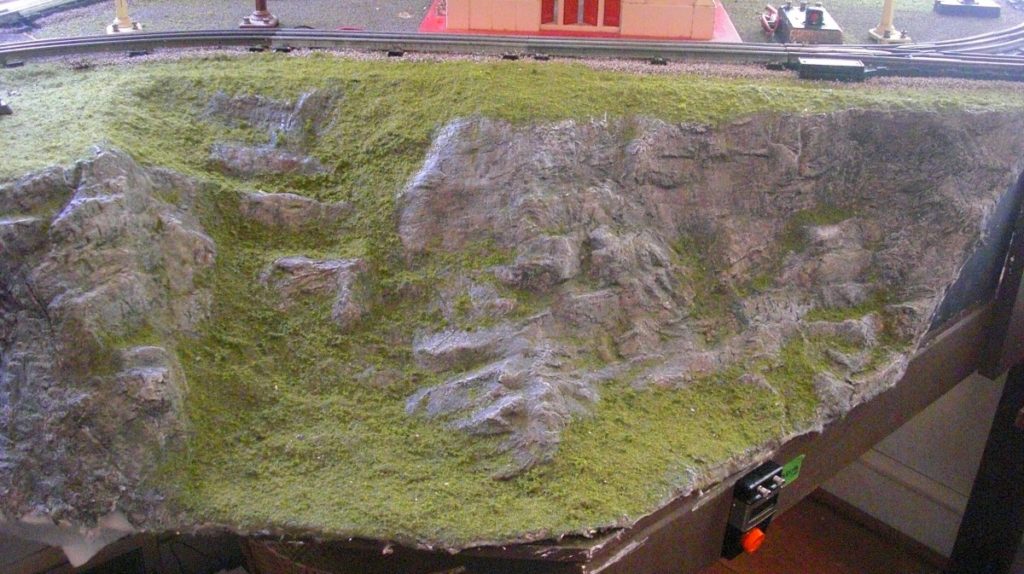 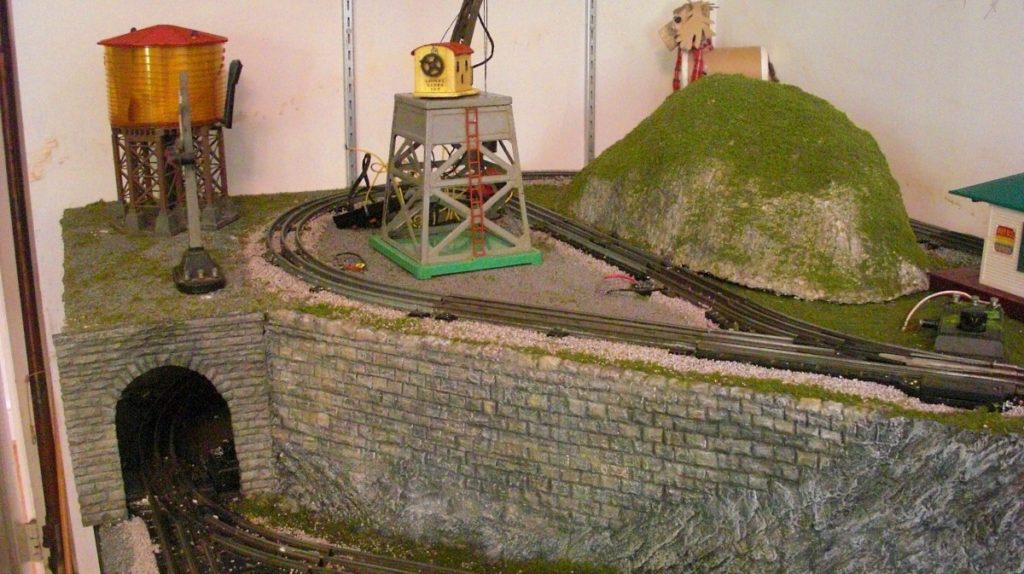 We put in one crossing using Woodland Scenics O scale crossing sets and Smooth-It. This will be integrated fully into the scenery once final choices of operating accessories are made. 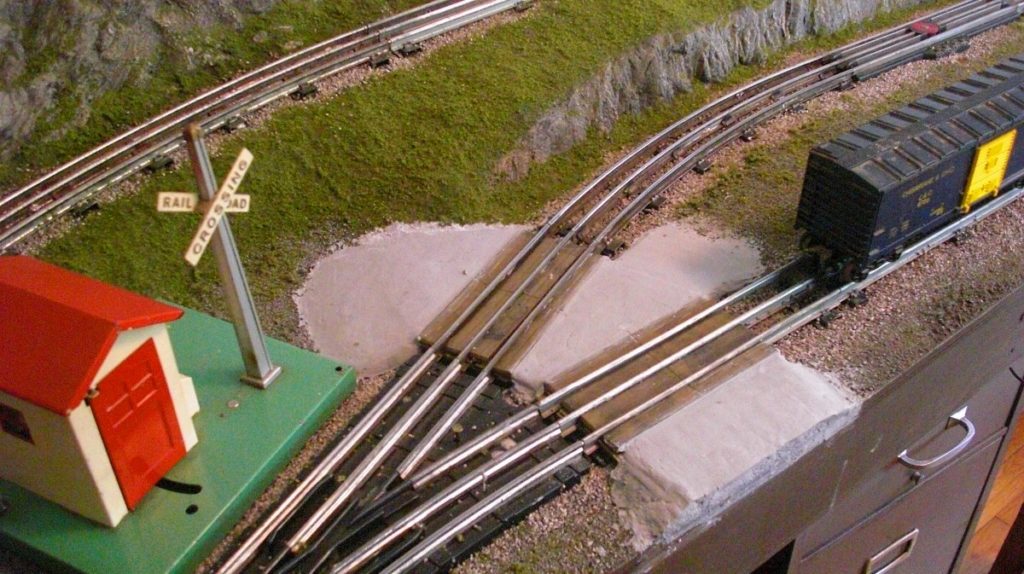 The track has light ballasting for appearances only – it is possible to remove the track if necessary without making a mess. 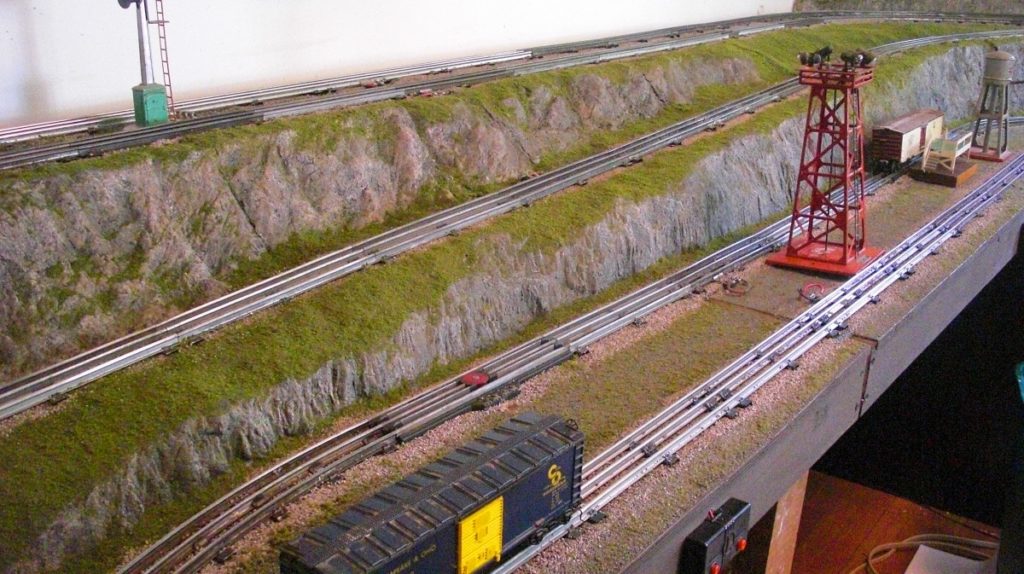 There are a lot of working accessories of all types on the layout. They are controlled by switches placed near the accessory and are intended to be operated by visitors. Eventually, the two dead end switches on the right will extend to phase II, which will basically be a giant switch yard and siding space to show operating accessories. 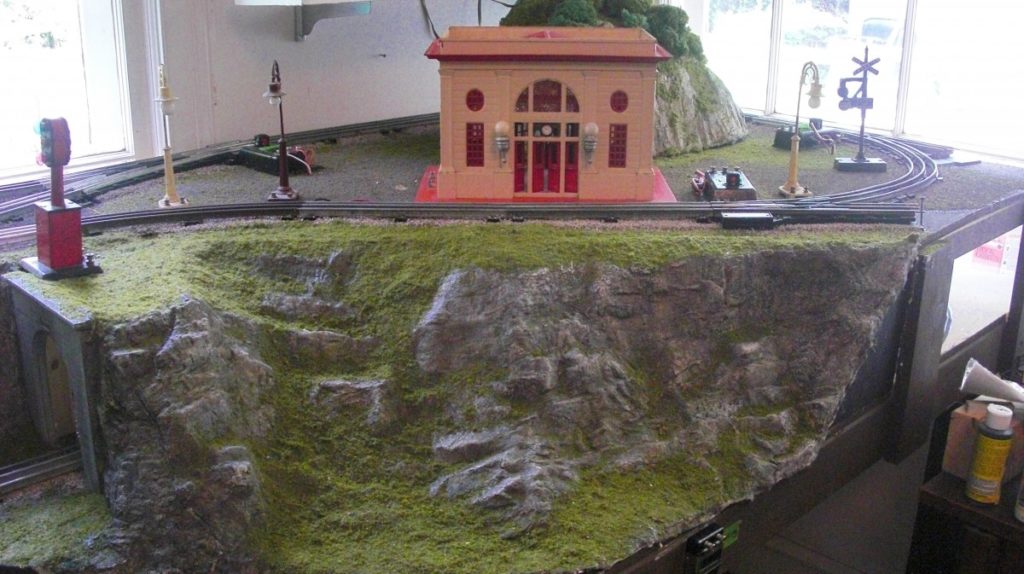 We built this layout using high grade plywood and framing lumber. Normally we use foam but we needed to be able to screw the track down so it could be removed as needed in order to service the (very old) electrical and mechanical components.

The layout has a lot of turnouts for such a small space. These rock wall sections are removable. 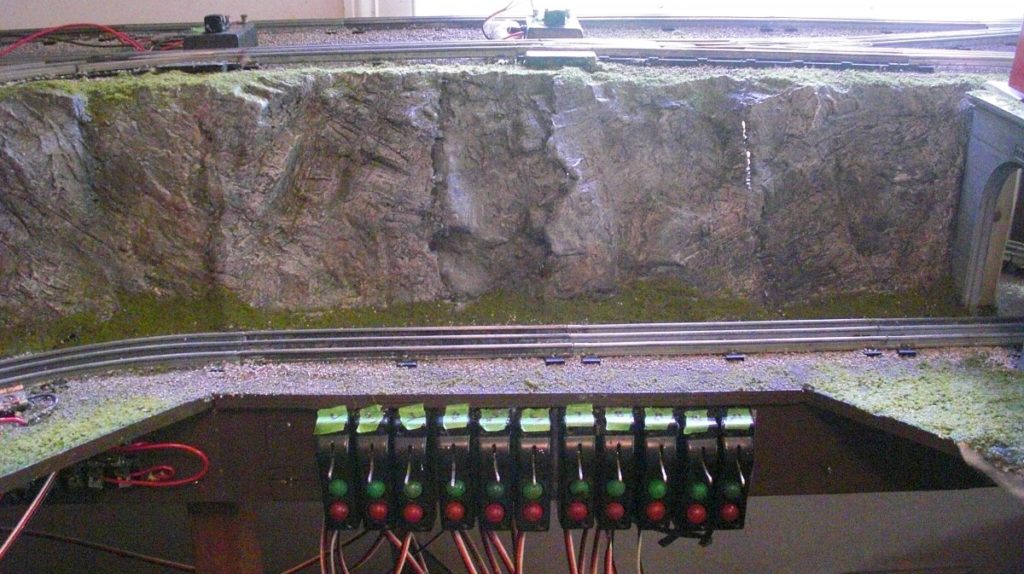 We look forward to Phase II